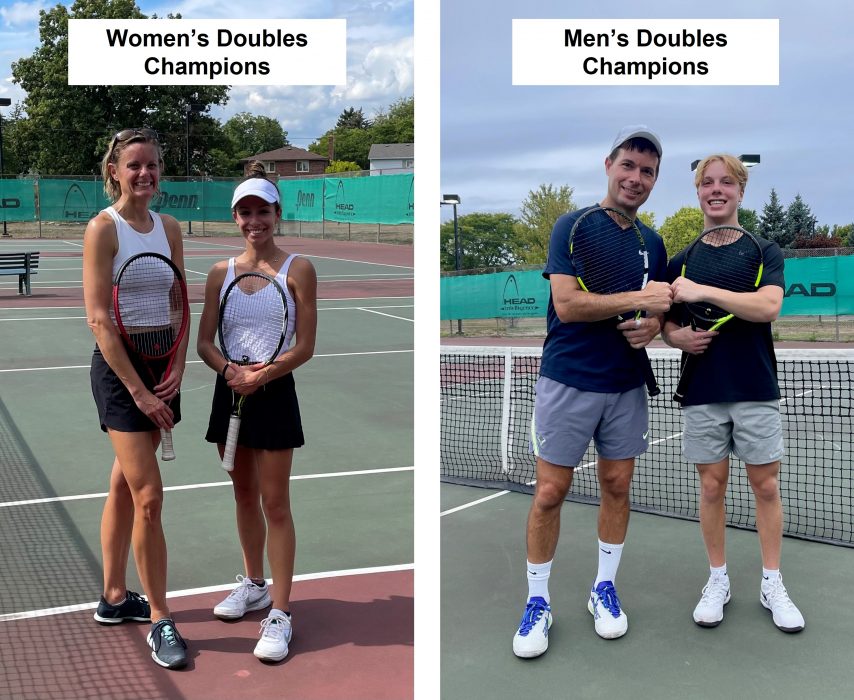 Thank you to everyone who participated in the Men’s and Women’s Doubles events of the Annual Tecumseh Tennis Club Tournament this past weekend!  There were a number a highly competitive matches, and we would like to congratulate the winners of each of the following doubles events: