Congratulations to the Men’s and Women’s Singles Champions! 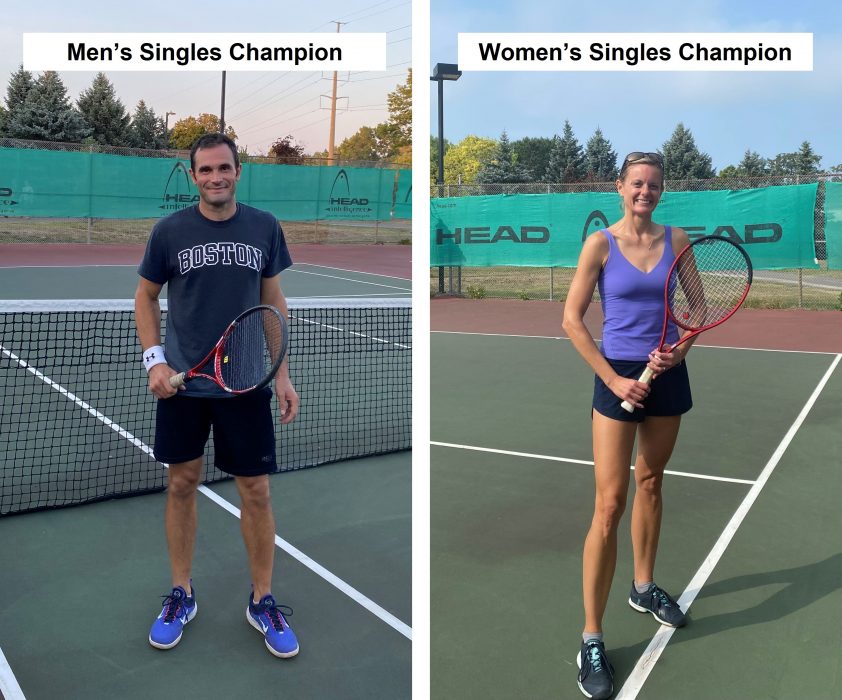 The Tecumseh Tennis Club’s Annual Tournament continued over the weekend and the 2022 Men’s and Women’s Singles Champions have now been crowned.

The Mixed doubles event from the Annual Tournament as well as the Vintage Tournament will be played next weekend. We will report back on the outcome of those events as soon as they are completed.